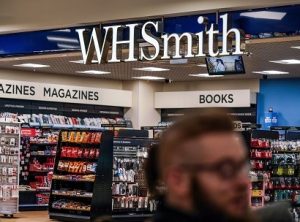 The Australian Lottery and Newsagents Association (ALNA) has launched the inaugural National Newsagent Week to recognise the role that newsagents play in their local communities.

According to new research from the Retail Doctor Group, 79 per cent of Australians continue to shop at newsagents, and one in three people do so weekly.

ALNA CEO Ben Kearney attributes this to the human connection that newsagent owners and store staff provide, which can’t be matched by online offerings. At the same time, he said, newsagents have successfully evolved their offerings to meet the changing needs of modern shoppers.

“Many businesses of yester-years are dying or gone – but newsagents continue to resiliently change,” Kearney said in a statement.

“There is no doubt that changes in retail and the products that newsagents have traditionally sold, are an ongoing challenge for newsagents. But what we have seen is that newsagents are diversifying their businesses to adapt to change and to focus on being a community hub and concierge that offers what their local market wants.”

Hybrid models, where newsagents combine their offering with another core product offer, such as a bookshop, cafe, florist, post office, IGA, or pharmacy, are helping newsagents to replace sales from magazines and newspapers, which continue to fall.

“Our survey showed that 79 per cent of people would visit a newsagent more often if they offered other services, the top service being a post office at 63 per cent, so we know our newsagents are doing the right thing by evolving to offer their customers more,” Kearney said.

The rise of e-commerce has meant that shoppers are looking for more convenient ways to receive parcels. While more and more retailers are offering click-and-collect, a growing number of newsagents have also partnered with services like ParcelPoint to provide pick-up and drop-off services for online orders in their stores.

Kearney believes that the main thing that has kept newsagents resilient is the quality human interaction and local knowledge they provide – particularly in local communities.

“Friendly and knowledgeable staff are the most important attributes of newsagents; they know their store and they know what’s going on in their community,” he said.

The inaugural National Newsagent Week aims to encourages these communities to continue to support their local newsagent. It is also an opportunity for newsagents to thank their communities for their support.

This week, newsagents will be offering their customers special offers, recognising special members of their community, holding charity fundraisers, inviting their local Members of Parliament, hosting competitions and more.